THE FUTURE OF STAR WARS

Candy Jar author and Star Wars expert, Terry Cooper, has recently been interviewed by local media for his views on the news that The Walt Disney Company are due to take over the franchise that created Star Wars; Lucasfilm.

On 30th October 2012 The Walt Disney Company announced a deal to acquire Lucasfilm for $4.05 billion. Ever the optimist, Terry thinks that Star Wars ‘has been given a new lifespan’ which will have ‘either brilliant or terrible consequences for the films.’ 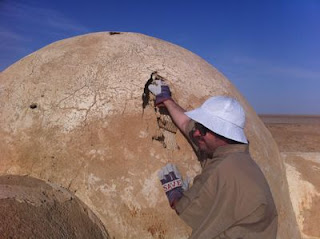 Terry was a part of the team of ‘Pioneers’ to embark on the project ‘Save the Lars Homestead’ who went out to Tunisia earlier this year to restore the iconic Star Wars landmark to its former glory. As one of the most dedicated fans of the franchise, Terry comments that ‘Star Wars HAS to live on. I’d rather it go through some experimental phases until they get it right.’

Other experts tend to agree with this opinion, many using the example of Disney’s acquisition of Marvel Entertainment in 2009 of how it might treat Lucasfilm. Terry explains that ‘it was Disney’s extra clout that resulted in... the stunning Avengers movie.’

For more of Terry’s views visit his blog: http://terencecooper.blogspot.co.uk/

For video production in Cardiff visit www.candyjarfilms.co.uk
Posted by Candy Jar Films at 04:21