WHAT IS FOCUS PULL?

You may have watched a movie and seen in the credits that someone has the job of 'Focus Puller'. What does that job entail? Put simply, the role of a Focus Puller (or 1st Assistant Camera) is to operate the focus ring on a camera. This part of the camera dictates the sharpness of the image as it is seen through the camera lens, so the FP is a very important role within a film production team (without a sharp image, the shot cannot be used and is wasted). 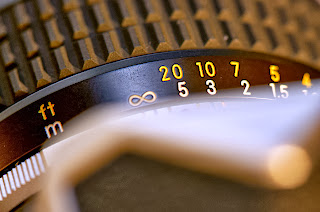 Often, the FP is required to adjust the focus during filming to achieve a particular cinematic effect. For example, a shot may start with the principal actor in the foreground being in focus. Then, another actor comes into shot and the shots focuses on them, leaving the principal actor out of focus. This is a deliberate decision by the Director to transfer the audience's attention from one part of the frame to another.


Because of the demands of using focus pull when filming a scene, there is much preparation work done before filming begins to ensure the shot runs smoothly. This may involve rehearsing with stand in actors, where tape marks on the floor are used to inform them where to stand at certain points during a scene. FPs also have a responsibility for the maintenance and upkeep of camera equipment and accessories.

Many smaller productions cannot afford an FP and so this duty lies with the camera operator, which can sometimes be a tricky task given the complexities of modern camcorders or DSLRs!

You can find out more about the Focus Puller here: http://en.wikipedia.org/wiki/Focus_puller